Hi everyone~ Today I would like to share one of China’s Four Great Classical Novel- Dream of the Red Chamber（紅樓夢）, also called The Story of the Stone, composed by Cao Xueqin. It was written sometime in the middle of the 18th century during the Qing Dynasty.

The novel provides a detailed, episodic record of life in the two branches of the wealthy, aristocratic Jia (賈) clan—the Rongguo House (榮國府) and the Ningguo House (寧國府)—who reside in two large, adjacent family compounds in the capital. Their ancestors were made Dukes and given imperial titles, and as the novel begins the two houses are among the most illustrious families in the city.

.
In the novel’s frame story, a sentient Stone, abandoned by the goddess Nüwa when she mended the heavens aeons ago, begs a Taoist priest and a Buddhist monk to bring it with them to see the world. The Stone, along with a companion (in Cheng-Gao versions they are merged into the same character), is then given a chance to learn from the human existence, and enters the mortal realm.

Main Character
Jia Baoyu  賈寶玉; pinyin: Jiǎ Bǎoyù Meaning: Precious Jade
The main protagonist is about 12 or 13 years old when introduced in the novel. The adolescent son of Jia Zheng and his wife, Lady Wang, and born with a piece of luminescent jade in his mouth (the Stone), Baoyu is the heir apparent to the Rongguo House. Frowned on by his strict Confucian father, Baoyu reads Zhuangzi and Story of the Western Wing on the sly, rather than the Four Books of classic Chinese education. Baoyu is highly intelligent, but dislikes the fawning bureaucrats that frequent his father’s house. A sensitive and compassionate individual, he has a special relationship with many of the women in the house. 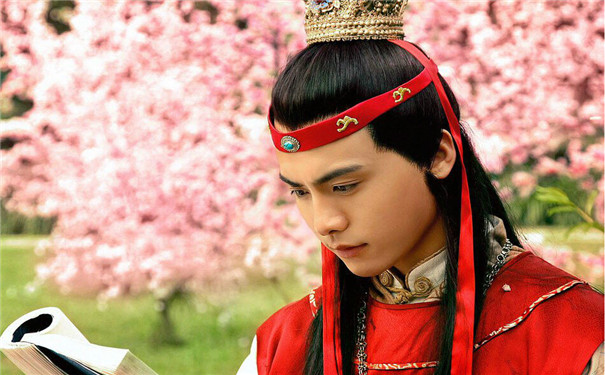 Lin Daiyu 林黛玉; pinyin: Lín Dàiyù; Meaning: Blue-black Jade
Jia Baoyu’s younger first cousin and his primary love interest. She is the daughter of Lin Ruhai (林如海), a Yangzhou scholar-official, and Lady Jia Min (賈敏), Baoyu’s paternal aunt. She is sickly, but beautiful in a way that is unconventional. She also suffers from a respiratory ailment. The novel proper starts in Chapter 3 with Daiyu’s arrival at the Rongguo House shortly after the death of her mother. Fragile emotionally, prone to fits of jealousy, Daiyu is nevertheless an extremely accomplished poet and musician. The novel designates her one of the Twelve Beauties of Jinling, and describes her as a lonely, proud and ultimately tragic figure. Daiyu is the reincarnation of a flower from the frame story, and the purpose of her mortal birth is to repay Baoyu with tears for watering her in her previous incarnation. She dies of a broken heart after learning of the marriage of Baoyu and Baochai. 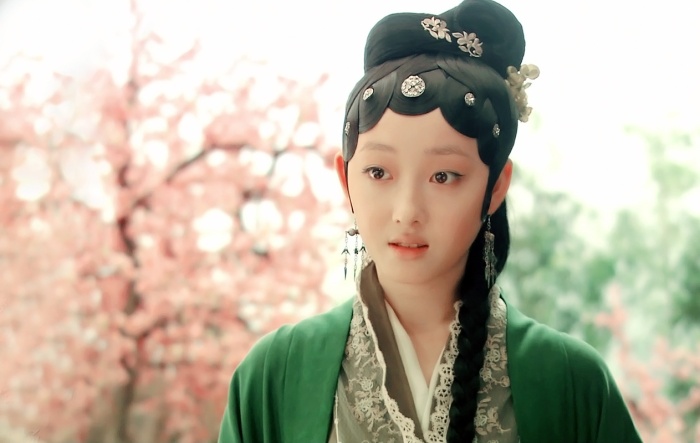 Xue Baochai 薛寶釵; pinyin: Xuē Bǎochāi;  Meaning: Jeweled Hair Pin or Precious Virtue
Jia Baoyu’s other first cousin. The only daughter of Aunt Xue (薛姨媽), sister to Baoyu’s mother, Baochai is a foil to Daiyu. Where Daiyu is unconventional and hypersensitive, Baochai is sensible and tactful: a model Chinese feudal maiden. The novel describes her as beautiful and intelligent, but also reserved and following the rules of decorum. Although reluctant to show the extent of her knowledge, Baochai seems to be quite learned about everything, from Buddhist teachings to how not to make a paint plate crack. She is not keen on elaborately decorating her room and herself. The novel describes her room as being completely free of decoration, apart from a small vase of chrysanthemums. Baochai has a round face, fair skin, large eyes, and, some would say, a more voluptuous figure in contrast to Daiyu’s willowy daintiness. Baochai carries a golden locket with her which contains words given to her in childhood by a Buddhist monk. Baochai’s golden locket and Baoyu’s jade contain inscriptions that appear to complement one another perfectly. Her marriage to Baoyu is seen in the book as predestined.

Pic:Wikipedia
Please advise to remove immediately if any infringement caused.